Shop with Us
Donate

Public libraries have traditionally collected fines for library items that are returned after the due date and have charged replacement fees for items that have been lost or damaged.

Library fines were previously considered a deterrent to late returns, damage, or loss of items. However, fines can also be a significant barrier which prevents users from accessing the resources of a public library and doesn’t necessarily act as the intended deterrent. 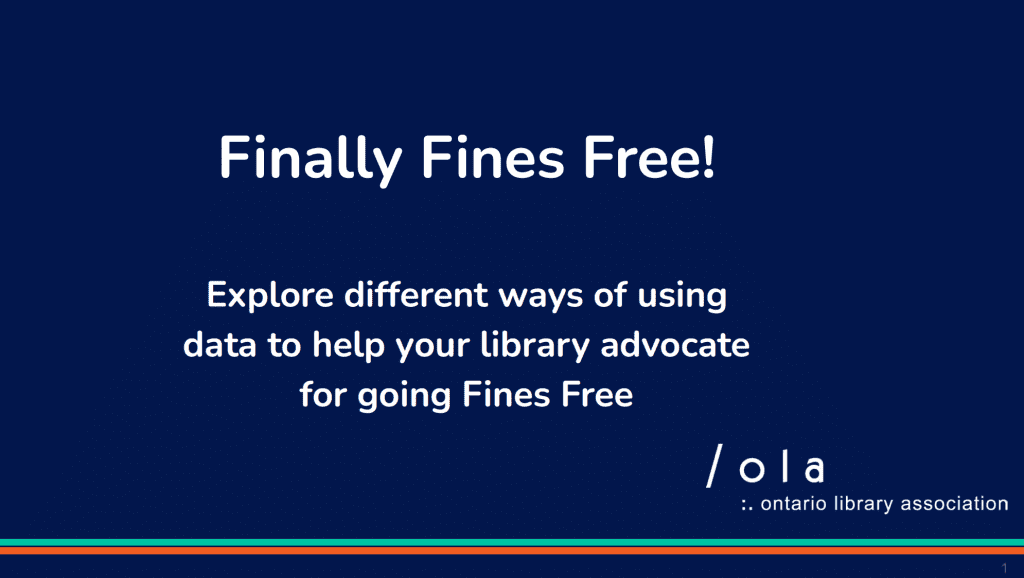 Review this slide deck of the webinar hosted by Alison Clarke, Coordinator, Performance Measures & Data, Brampton Library Kelly Bernstein, CEO, Brant County Library for an introduction to how you can use data to go fines free and a summary of all the resources below.

Customize the slide deck for your library 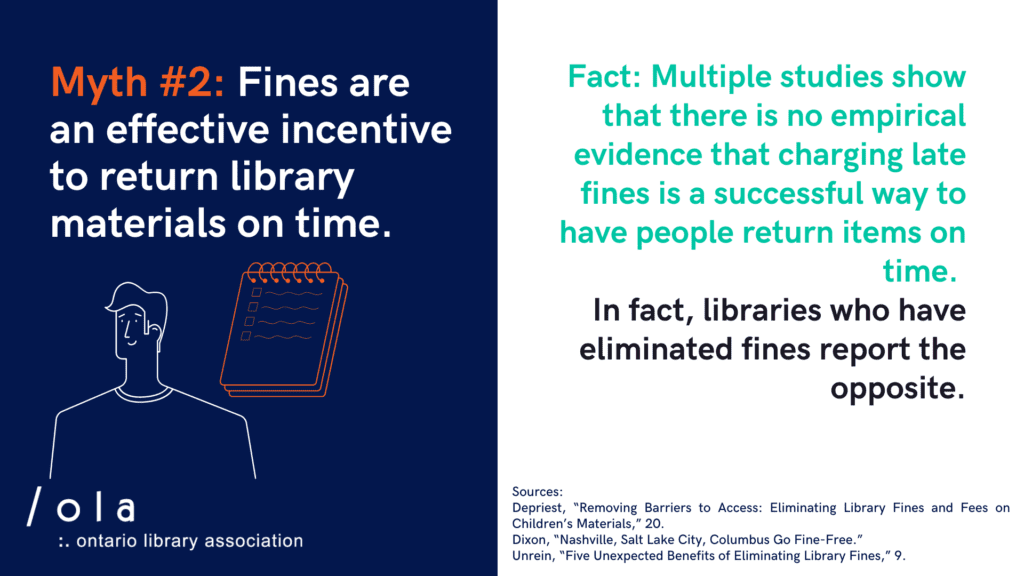 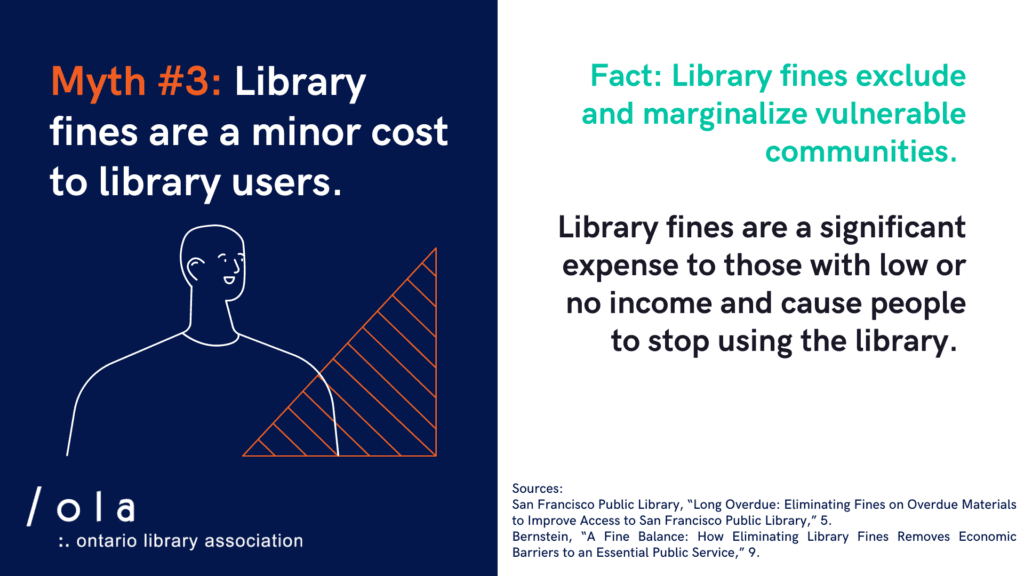 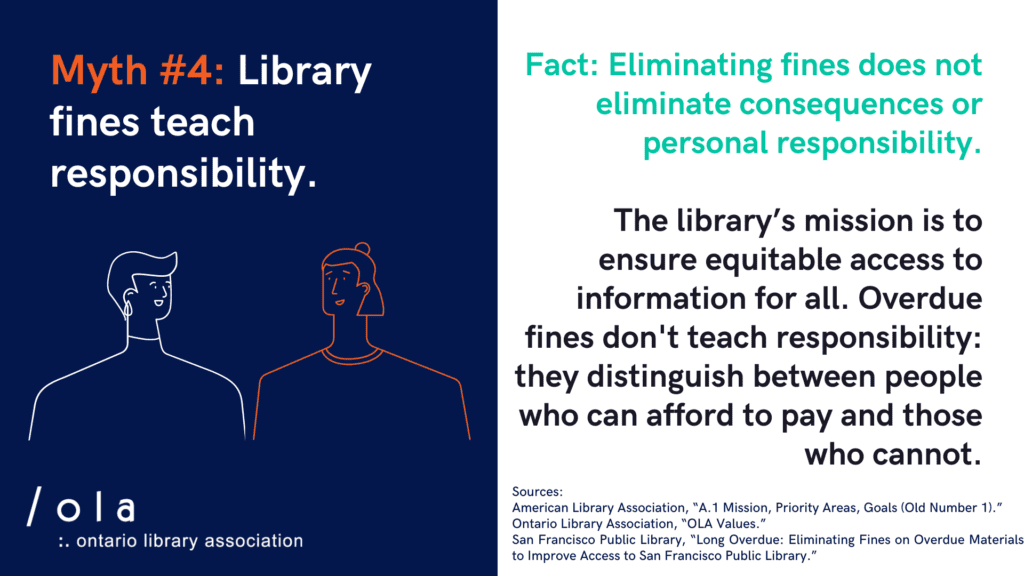 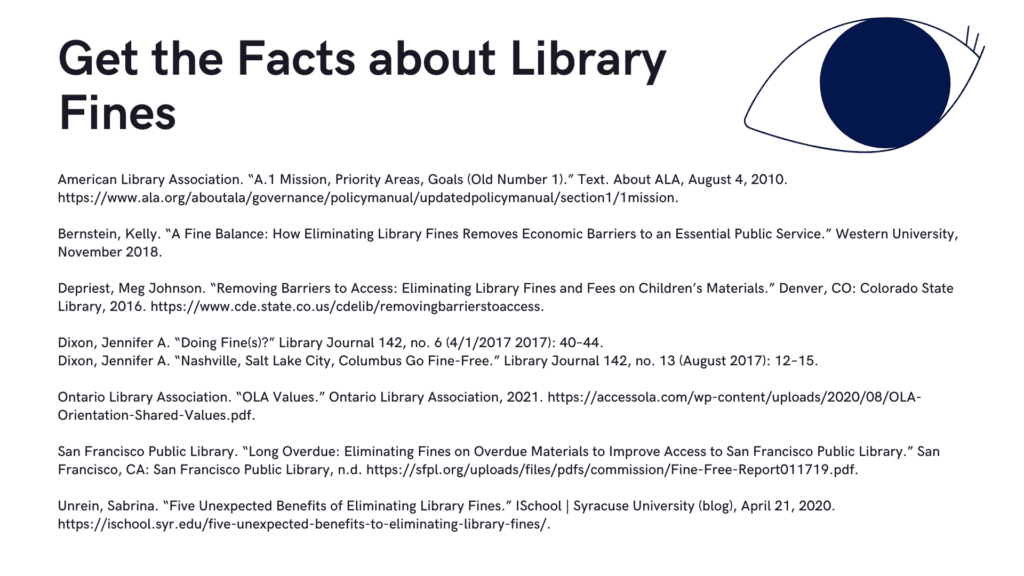 Customize the slide deck for your library

Customize the infographic for your library

How to: Using Data to make your case

Some of the concerns about going fines free include worries about customers taking longer to return items, or maybe not returning them at all.

How can you use your data to understand customer return patterns and see what happens before and after you go fines free?

OPLA’s Research & Evaluation Committee has been doing research on a variety of issues surrounding the Fines Free topic. The team is in the process of creating a number of presentations, templates, and how-to videos, showing public libraries different ways to advocate for going fines free. New resources will be added throughout the fall of 2021, and will include options for you to recreate the resources with your own logos/ library information. If you are investigating going fines free, these resources will provide various ways to help you make the case to your local Library Board and decision makers.